"Yes, this cup was almost alive, a true work of art crafted no doubt by one who had loved the trees and the island more than any..." 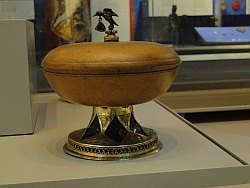 A mazer is kind of drinking cup, traditionally made of maple.

The mazer on the left lives in the British Museum, London. It dates from the 14th century and is from Flanders, modern-day Belgium.

It's believed this mazer may have been a wedding gift.

It's made of maple wood, silver gilt, and enamel, and would have been proudly displayed for all to see!

In my story, the Mazer and its stand are crafted as one. But the shape is much the same.

"From yonder plain I love to see
The clouds, the sky, where, flying free,
The gulls and gannets glide and soar
’Pon evening breeze along the shore." 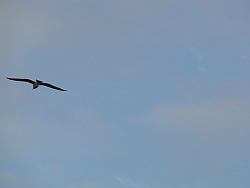 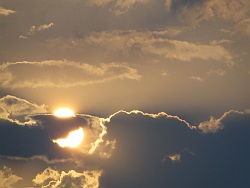 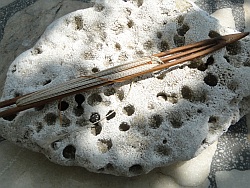 This netting needle can be used to make or mend fishing nets. 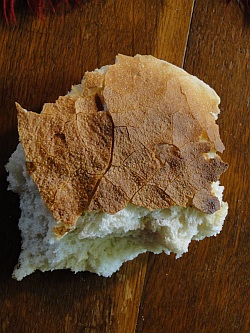 ...and a chunk of Harold's bread to mop up the grease!

This piece of driftwood sits on our balcony table. A nail goes through one side...and comes out on the other!

It's the inspiration behind Bassan's driftwood in the story. 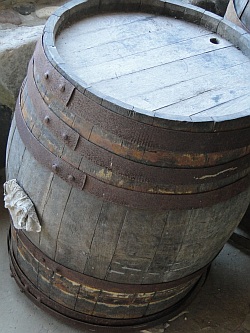 A wooden barrel, which I imagine could have been used to hold mead or wine.

The door and the chest in the above photos are to be found in the church of St John the Baptist, Cirencester, UK.

In The Mazer, the burial gardens are surrounded by high wall and hedging. Here's how one of the entrances might look. 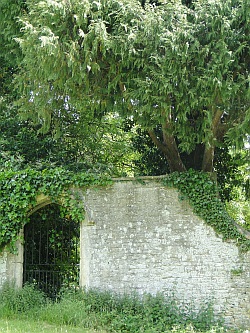 And below, small steps and hedges separate one garden from another:

These photos were taken in The Lawns, Swindon, site of an old church and graveyard. There are several yews here. However, only one yew grows in the burial gardens of Southernwood.

There is an amazing icehouse in Kew Gardens, London! It dates from 1763 or a little earlier.

Ice for this house was taken from small ponds nearby.

It was used to cool drinks and keep food fresh in summer.

Here are two ladders that took my fancy!