The trees of southernwood

"Heartwood of Ashen and Maple and Yew,

Oaken and Aspen and Elm ever true..."

On this page you'll find info and pix about trees that inspired...the trees...in The Mazer!

I'm going to show you photos I've taken myself in various locations within Europe and North America :)

For the aspens of Skeps Wood and Great Aspen who grows in the Albatorium, I took inspiration from trees and leaves in a nearby park.

These aspen leaves shiver and shake quite a lot in the wind! Hence our "trembling aspens." 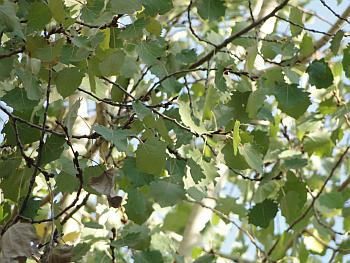 I suppose that when I write of Great Oak, I'm thinking of an English Oak - or Quercus robur.

Here's a great example of one: 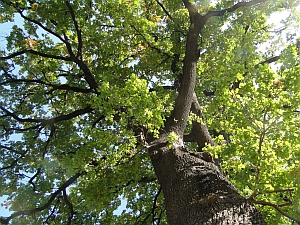 The leaf of the English Oak: 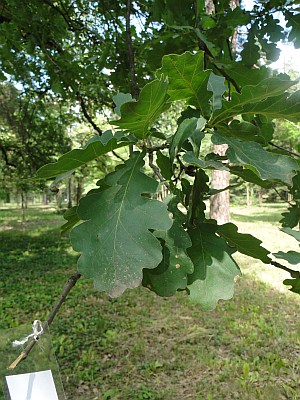 Here's a beautiful maple leaf - that of the Norway Maple, or Acer platanoides: 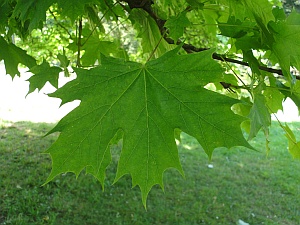 Leaves of an ash in Westonbirt Arboretum: 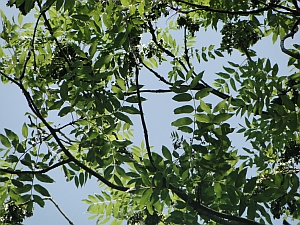 At the University Botanical Garden in Sofia, I spotted some fresh ash leaves peeking out of the bottom of the trunk. This species of ash is Fraxinus excelsior - the European Ash or Common Ash. 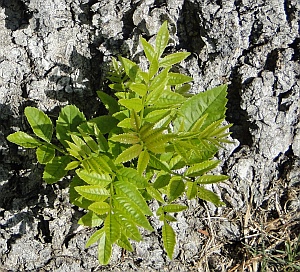 Back to the park - and a purple ash. Green in summer - and then this fantastic autumn color in October! 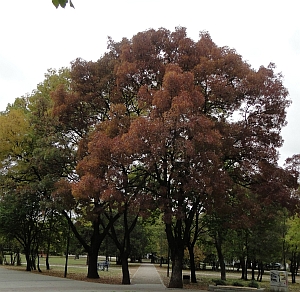 Here's a yew in Kew! Kew Gardens has various species of yew. This one's probably the most well known: Taxus baccata - or the English Yew. 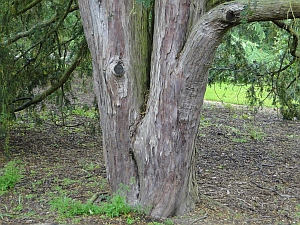 The trunk of this yew splits in two - so this is the view looking up: 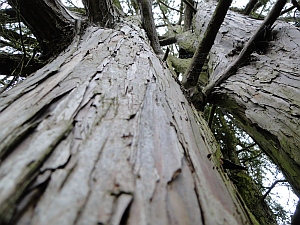 Here are the leaves of Taxus baccata dovastonii, also at Kew: 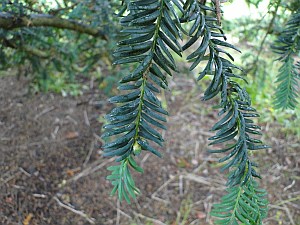 I only know one elm tree - and he lives in the park here in Sofia, Bulgaria.

Here he is in April. I love the shape of this tree.

As far as I can determine, this is Ulmus laevis - or the European White Elm 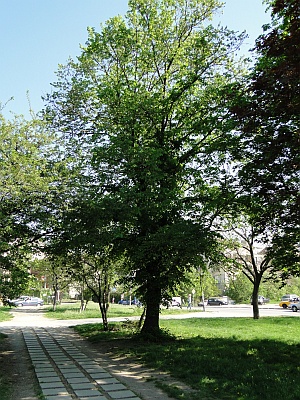 The leaves of this tree, like many elms, have an asymmetrical base.

Can you see the large leaf in the middle of the photo?

One side is slightly longer than the other where it joins the stalk. 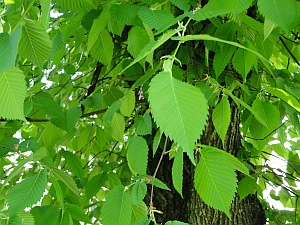 You might see the Golden Rain written as one word, or two - or with a hyphen!

Whichever way you choose will be easier than trying to pronounce Koelreuteria paniculata! 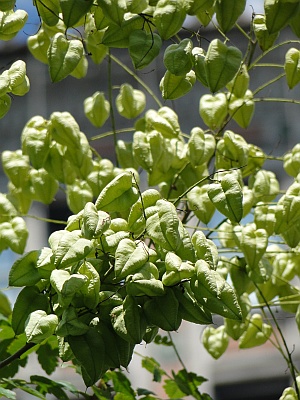 The pods turn yellow, then gold, then dark brown - until they end up like this in December: 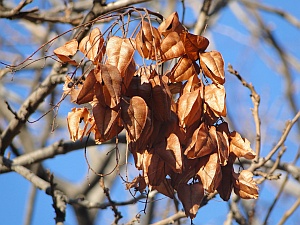 And here's what's inside - shiny, black seeds that rattle about if you shake the pods: 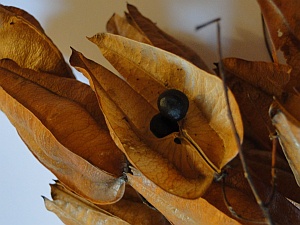 The beech below has a smooth, pale gray trunk: 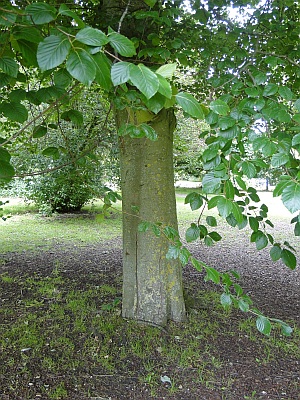 The leaves are glossy green, and its fruit is a nut - the beechnut, or beechmast, which is enclosed in a husk: 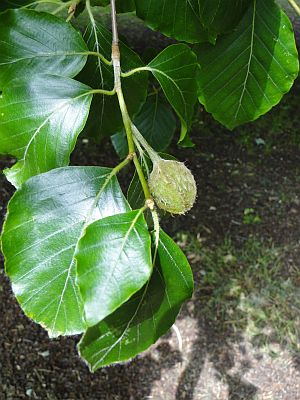 It's always exciting to bump into a tulip tree, as their leaves are out of this world!  And these trees grow to quite a large size, producing quite a breathtaking effect!

I found the tulip tree below - a Liriodendron tulipifera - in the Balchik Botanical Gardens on the Black Sea coast of Bulgaria: 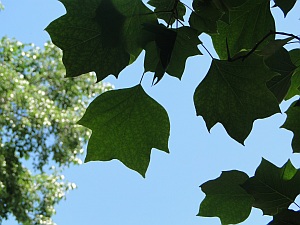 The photos were taken in June, which meant that this tree was in flower: 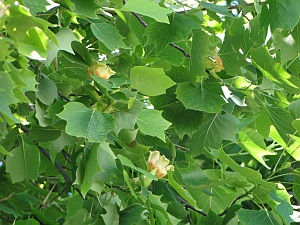